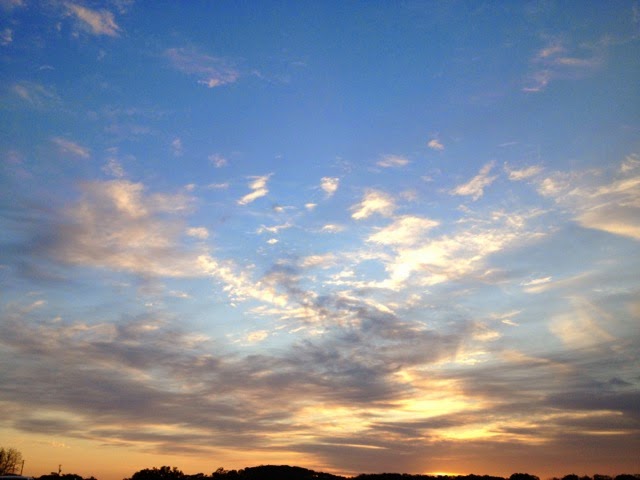 This year our family didn’t go anywhere or do anything special for Spring Break. No trip to the Gulf coast or Big Bend. No major house-maintenance project. Instead, we just took advantage of those few days when Mateo didn’t have to go to school, and Zet didn’t have to work, to hang out at home alone together. “Just chilling,” as our son, Mateo, might say.


BEING AT HOME
Now that he’s a freshman in high school, with his own interests (running track; being with his girl friend; banging on his guitar; hanging out with his buddies), we don’t get to hang out together as a family as much as before. But it was still delicious to just be around each other, moving through separate, but tangential orbits that intersected periodically during the course of the week. Taking naps. Hanging out. Going for long walks along the stretch of river that runs through our neighborhood. Watching a couple of movies on Netflix. Cooking favorite foods.


BEING OUTDOORS
The thing I enjoyed most was sitting quietly outdoors for a few minutes a day. Not “doing” anything. Just sitting without a purpose. Not even meditating or breathing consciously or standing Chi Gong or any of the other restful, re-energizing spiritual practices that I usually do whenever I can. Nope. This is a little different. Just doing absolutely nothing. No big deal. Simply sitting alone for 10-15 minutes at a time, observing whatever occurs as the breezes stir the trees, the clouds swirling in slow motion, birds twirling around building nests. Stepping outside of the whirlwind of tasks and treasures that usually consume so much of my time and energy, and watching as the budding leaves seem to sprout from the bare branches right before my very eyes. Warm sun and cool winds, taking my breath away time and again, with the sheer freshness of it all.

Posted by Celebration Circle at 3:34 AM No comments:

THE JOY OF SPRING It's springtime! A time of fresh buds and blossoming branches, of new beginnings and renewed energy. I look forward to celebrating the beginning of Spring with a rich evening of powerful music, meditation and silence this Saturday night at the Cave Without a Name (advance tickets are available online at cavewithoutaname.com/events
- or by calling the Circle office before noon on Saturday at 210-534-3737).

We'll also be celebrating Spring with a joyous SundayMorning Circle in the light-filled gallery at Say Sí, 1518 S. Alamo, 78204.
But I'm not waiting till then to revisit the Ten Allowances, which I compiled for myself in the course of writing my book, Hurry Slowly, a number of years ago. I wrote them because I wanted a succinct summary of the lessons I've learned and taught about living life on purpose (as opposed to living life as a victim of circumstances or as a haphazard dance of habit...). I offer them here to remind you - and myself - about the power of making conscious choices.


THE TEN ALLOWANCES
Guidelines for Living a Life of Love, Ease and Abundance

1.  Allow yourSelf time to listen.
Sitting still and focusing directly on Deep Silence works -- but so does focusing on a flower, rock, cloud, or candle. Miracles happen when you give yourself regular opportunities to simmer in the silent spaces between your thoughts.
2.  Allow yourSelf time to connect with your Purpose in life.
It is helpful to define your personal Statement of Purpose as succinctly as possible, then focus on it as often as you can remember to do so.
3.  Allow yourSelf to follow your intuition.
(Hint:  it requires listening. See #1 above.) It is central to staying on course and Living on Purpose.
4.  Allow yourSelf good food and drink.
There's no need to get rigid about it -- but the fact is that your Body Temple functions better when it is being fed the optimum fuel. It's quite likely that you already know what those foods are. Eat them as often as possible.
5.  Allow yourSelf time to do what you love to do as frequently as possible.
Don't wait until that Magic Someday when you will have enough time. Do some of what you love to do today.  Don't try to "make time" or "take time" to do what you love; simply allow time for it. You deserve it!
6.  Allow yourSelf to notice what you really "hate" to do - then do it anyway from time to time, with as much love as you can muster.
You'll be surprised what gifts this "hate" has for you, if you'll welcome it instead of trying to push it away.
7.  Allow yourSelf to "fail" the tests and temptations occasionally.
There will always be tests. Some you'll pass with flying colors; some you'll think you failed miserably. But the Good News is that these are "open book tests," i.e. either you already know the answers, or they're readily available if you'll allow yourself to stop, look and listen with your heart. (see Allowance #1...)
8.  Allow yourSelf to associate with other people who are doing what they love to do.
Birds of a feather succeed together! Do your best to give, buy or barter from people who are doing/selling what they truly love. You'll be amazed to discover how many people are eager to support you in doing what you love, when you consciously choose to support others in doing the same. Quality counts. Avoid buying stuff just because it's cheap or readily available.
9.  Allow it to be easy.
By definition, living a purpose-full life of love, ease and abundance is easy. If what you're doing feels too hard, stop as soon as possible. Then just sit (or stand or lie still) for a few moments, listening for whatever is next for you to hear. You'll know the important stuff when you hear it. Then wait just a little while longer, till the feeling of struggle passes and is replaced with ease and well-being. Nobody said life would always feel fun - but, by and large, there's no reason why things can't feel peaceful.
10.  Allow yourSelf to enjoy the process of remembering your Path.
It's important not to beat yourSelf up when you forget or lose your way. If you notice that you're off track, let yourSelf feel good about the fact that you've remembered. What you focus on expands -- so you might as well focus on feeling love, ease and abundance. Why not?
Posted by Celebration Circle at 7:50 PM No comments:

AN INVITATION TO CONVERSATION

Each day brings so many new tasks to my To Do list, so many e-mails, texts, phone calls and Facebook posts that it's almost too easy to become convinced that they constitute a reasonable degree of social life. But, as far as I'm concerned, they're mighty poor substitutes for the depth and richness of prolonged, in-person conversation, with the extended eye contact, physical warmth and sustained exchange of interpersonal energy that only a face-to-face visit with a loved one can deliver.

TAKING ACTION
One day, feeling the need to re-connect with a dear friend in this way, I wrote the little poem that appears below. Writing (and sending it to him) was the best way I knew to describe the syndrome - and to do something about it.
It was no big deal, and yet, it felt like a quietly empowering thing to do, because it resulted in a mighty fine visit, and a much-needed respite from the pace of daily life.

SATISFACTION
So, now I'm taking this opportunity to share my little poem here, as a roundabout way of inviting you to consider doing something similar with your dear one(s). They deserve it - and so do you. At least, that's my invitation, and I'm sticking to it.
With blessings,
Rudi

To a Busy Friend

Okay, so let's say I was a superhero
who had the power to give the gift of time and space,
to bestow them as Grace upon anyone, anywhere.

yes, yes, and let's say that you, too, are a superhero,
with the power to receive all the blessings of the world,
whenever you wanted, wherever you were,
and that you also have the innate ability to confer this capacity on others.

and then, let's say the Bad Guys had a plan
to take over the world and force all grownups to work hard
very hard
day and night
and never have time for delight
nor follow the whisperings of their hearts.

and that all we need to do is agree to meet for an hour or two
to combine our gifts
and shift the Ruling Algorithm
long enough to speak quietly (or maybe not at all)
and let our superpowers melt,
one into the other,
until we feel restored and reconnected with ourselves and all creation
until there was only One.

And let's say that we knew this to be true
and took action on our knowing.
Then what?

Posted by Celebration Circle at 1:57 PM No comments: