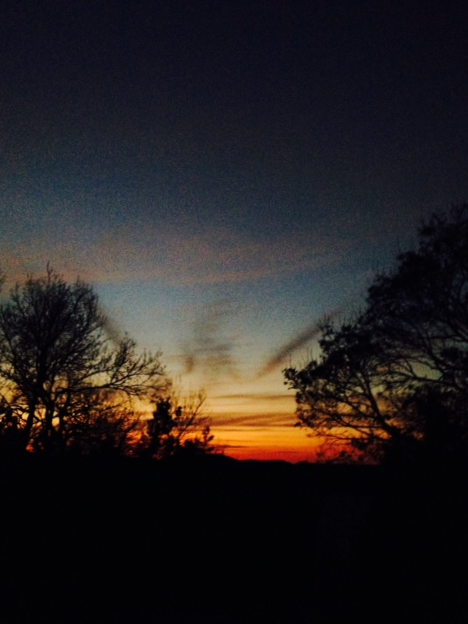 I've had to deal with some tough issues over the past couple of weeks. I'll spare you the details, because they really don't matter. Suffice it to say that I've had multiple opportunities to engage in difficult conversations with several close friends, and a few interesting strangers as well. In the course of that process, I discovered that each time that I and/or the other person struggled to come up with some clear-cut answers to our questions, I was inevitably left with a sour taste in my mouth and a dissatisfied feeling in my heart.

On the other hand, in those instances when we were willing to spend  time listening to each other and to the silence simmering within us, the experience was much more satisfying.

What follows is a poem I wrote to help clarify the way this process works for me, with hopes that you might find it helpful, too.

The Space Between Our Words

Sitting together in silence

and together we open to Spirit

allowing it to shine in ways we can't imagine,

but are willing to discover

It's tempting to back off

to start talking about other, easier subjects

the weather, the job, the score of last night's game

the kids, the same old same

we lean into the silence, again and again

staying in the space between our words

while working from the inside out

Fear stops by to say hello

Hope pokes his head out, spies his shadow

then crawls back into his hole to wait for better weather

And still we sit in silence,

focused on an unspoken promise

In the darkness, a candle is lit by unseen hands

you and I are fed

get in our separate cars

zoom off into traffic

feeling fresh and ready for whatever comes next.

Posted by Celebration Circle at 7:27 PM No comments: 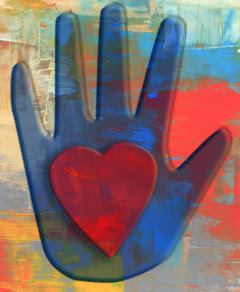 It's starting to rain again as I drive across town for our weekly Meditation Circle in the Quaker Meetinghouse. Fortunately, I left a little earlier than usual, because Angel Santiago is coming at 7:00 to bring the necessary supplies and the key, which he used to host last Wednesday while Zet and I were out of town.

It's really pouring as I pass through downtown, where freeway traffic is moving at a crawl due to severely limited visibility and there's been an accident two miles ahead, according to the giant warning signs flashing overhead. Probably won't get there by 7:00 at this rate.

I decide to take the Mulberry exit and cut through Brackenridge Park, hoping that the San Antonio River won't be flowing over the bridge, which it isn't.  But the intersection at Broadway and Mulberry is definitely swamped. It takes some time to skirt past that corner, and inch northward on Broadway at 15mph. Suddenly it seems crazy to keep driving in this rain, especially since it's relatively easy to pull over and call Angel, who has already arrived and is willing to host once again.

I'm a little bummed, because I don't like putting Angel in this situation without advance notice, nor do I want to miss Meditation Circle, which is always a highlight of the week for me. But once the decision has been made, there's no time to dwell on these thoughts, because suddenly a young man comes running full speed across the street just a few yards ahead, almost invisible as he dodges five lanes of traffic in the pouring rain, despite waving his arms wildly. That's crazy! Doesn't he know how dangerous that is?

It doesn't make sense until I see that he's desperately trying to get the attention of the driver of the southbound VIA bus, stopped nearby. He comes mighty close to succeeding, nearly drawing alongside the rear of the bus as it pulls away from the curb. Having failed, he slumps dejectedly onto the bus stop bench.

I'm pretty sure that it will be at least fifteen, rain-soaked minutes before the next bus arrives, and by the look of his shoulders, he thinks so, too. Having been in this same situation before, I make a U-turn as quickly as possible, pull alongside the bus stop and offer him a ride, with the intention of catching up to his bus a few blocks ahead.

He jumps into my car with a blur of energy, introduces himself as Jerome, wipes the rain off his startled face and gushes his gratitude that some random stranger would stop in the middle of a rainstorm to help him like this. His words come tumbling over themselves, explaining that he's just gotten off work from the fast-food restaurant down the street, feeling beat from pulling another overtime shift, thanking me for the lift, and offering the gift of a free combo meal anytime I want to drop by his store...

I smile and say 'you're welcome', because that's what etiquette requires. But what Jerome doesn't know is that I really love committing such random acts of kindness. It's so much fun helping push cars that have gotten stalled in an intersection, or giving rides to folks who've narrowly missed the bus. Such opportunities seem to arrive fairly frequently, and I accept them whenever possible. Not because it's The Right Thing to Do, or because I'm such a great guy, or because others have given me a rides or pushed my stalled cars in the past.

No, the real reason I jump at such opportunities to offer help is simply because it feels really good to do so, delivering a top-quality buzz that vibrates through every cell and fiber of my being, with a delicious afterglow. Frankly, in the past I tried a pretty wide variety of mind-altering substances, and found them all to be lacking, in one way or the other. But, as far as I can tell, providing tangible, face-to-face assistance to a brother or sister in need is the ultimate high, with no downsides.

I believe it's because we humans are hard-wired to help one another, a trait that was essential to the survival and successful evolution of the small bands of hunter-gatherers who were our ancestors. And when we take immediate, physical action to support others, we are being true to ourselves at a very deep, resonant level.

Unfortunately, that same trait often leaves us feeling overwhelmed in a world where our tribe has expanded to include billions of starving, suffering people whose needs are communicated graphically by modern mass media. The flood of requests for financial, social, political and spiritual support is so relentless, that it's all too easy to feel powerless, or worse yet, numb.

And, no, giving Jerome a ride in my car doesn't cancel out the need to work for peace, address global warming and end injustice. But, it did help make his trip home a little easier and more joyful - and mine, too. And for that, I am deeply grateful.

Posted by Celebration Circle at 8:20 AM No comments:

LOVE IS THE ONLY POWER

For the past thirty years and more, I've been doing my best to experience, explore and express the free flow of Spirit as I understand it. This business of being a writer, performance artist and spiritual companion all rolled into one has long been my passion, my job and my favorite hobby combined, and I feel truly blessed to have been sharing this work within the context of the Celebration Circle since 1992.

Most days it feels great, although other times it can seem pretty far-fetched, if not down right preposterous, to keep plugging away at this process of cultivating and communicating spiritual lessons. It helps a lot to remain focused on the inner process as much as possible, without expecting outward results or confirmation - while simultaneously staying open to feedback as it arises, too.

So I couldn't help but be pleasantly surprised when this vibrant piece of artwork (shown above) caught my attention yesterday. When I first saw it a couple of months ago, I thought it cute when told that it was created by Anjea and Cira, two young artists in our Children's Circle. But it was a very busy Sunday morning, so I didn't really get a good look at it, before it got tucked away among all the other pieces of paper in our office.

But yesterday, while I was searching for a missing invoice, in between a number of other tasks, I was delighted to encounter this drawing with fresh eyes. Seeing it this time really made my heart smile as I felt the love, light and spiritual vibrations radiating out of this simple line drawing. It was wonderful to feel the power of the artists' creative energy, expressed so freely and joyfully, at such a young age. To be reminded that there's never any way of knowing who, how or what will be affected by the work we do, whether individually or collectively in the Circle. And that whatever the situation or circumstance, "Love is the only power" indeed!

Posted by Celebration Circle at 7:27 AM No comments: