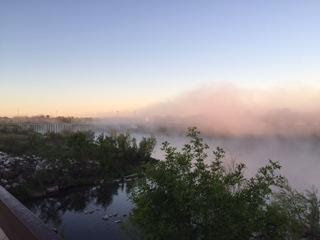 After several weeks of unusually warm weather, winter snuck back into town last night, plunging temperatures in San Antonio back down into the upper 30's, and forcing me to pull my heavy wool jacket back out of the closet and bundle up before going out to walk the dogs early this morning.
WALKING ALONG
Arriving at the Mission Reach stretch of the San Antonio River that passes through our neighborhood, we're greeted by the odd sight of a thick blanket of fog hovering over the river, but barely extending beyond the riverbanks. Strolling along the portion of the river that dips down just a couple of feet above the water, we're in the middle of thick fog, but just a few feet further on, where the sidewalk gains altitude as it leads up over the riverbank and away from the river channel, there's nothing but clear blue sky all around.
While the dogs busy themselves following their curiosity wherever their noses lead them, I reflect on the odd-looking specificity of the fogbank. It serves as an apt metaphor for how easy it is to get caught up in a fog of worry and/or confusion in our lives - and how simple (though not necessarily easy!) it is get out of such foggy conditions, by lifting our view a little higher.
SHIFTING MY VIEW
How often I have found myself feeling anxious, slogging through a seemingly endless bog of worries, feeling stuck in the yuck of shoulda-coulda-woulda - only to find that a few hours (or even seconds) later, a small shift in my point of view is enough for the fog to lift. Sometimes all it takes is several slow, deep breaths, a quiet prayer, or a brief meditation, to remind us that our situation is not as limited or limiting as it might appear... and change our point of view.
Walking back to the house, watching the budding trees dance in the crisp spring breeze under the cloudless sky, and remembering that just five minutes earlier I was surrounded by dense fog, I experience a renewed sense of wonder and gratitude for the precious, ever-shifting, ever-renewing gift of life - and the power of making conscious choices, one moment at a time. I really love this time of the year!
With joy,
Rudi
Posted by Celebration Circle at 8:09 AM No comments: 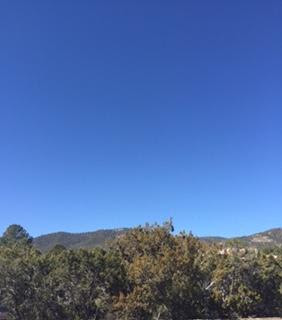 Zet, Mateo and I are in New Mexico for Spring Break, visiting a couple of the college campuses that he's considering. We'll be back in SA just in time to celebrate the Spring Equinox with the Cave concert and the SundayMorning Circle, but in the meantime, I'm taking a break from writing and singing -- and spending time staring off into the endless blue sky and wide-open horizon instead.
As we enter the season of re-birth and renewal, here's hoping that you, too, will enjoy some time to relax and refresh.
Sending love and blessings from the Land of Enchantment,
Rudi
Posted by Celebration Circle at 6:13 PM No comments: 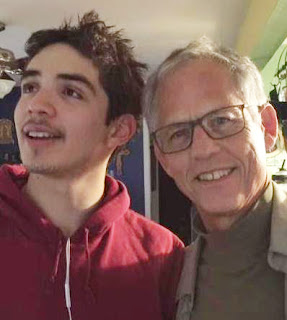 The kitchen door slams as our teenage son, Mateo, storms off in a huff. He's in a hurry to get to school, and is wordlessly reprimanding me, letting me know that I'm not moving fast enough, and thereby falling short as his taxi driver. It's not even 6:30am, but for some reason he's decided he needs to leave for swim team practice a few minutes early today. I ought to know better, but now his impatience is making me feel out of sorts, too.

ANOTHER TIME
Standing at the door, car keys in hand, I take a deep breath and find myself remembering back to the time sixteen years ago, when the birth of our son was the answer to a deeply-held prayer for Zet and me. At that point, she and I been together for twenty years, and had been trying to have a baby for part of that time. It's a long, winding story, and I'll spare you the details here, but suffice it to say that we were both astonished and overjoyed when the phone rang and a kindly stranger asked if we were still interested in adopting a baby.
Somehow Zet's mother's next door neighbor's sister knew a lawyer whose paralegal assistant knew a woman whose cousin was pregnant and seeking adoptive parents. In case you got lost in that last sentence, that's probably because it lists the seven degrees of separation between us and Mateo's birth mother.

ANOTHER PLACE
Three months after that life-changing phone call, we were truly blessed to be present in the delivery room to witness his birth. I'll never forget the sight of that full head of black hair and his right hand emerging simultaneously, those impossibly long, thin fingers outstretched and flexing, as if reaching out for something that was invisible to the rest of us, but that he was clearly longing to grasp.  Now, sixteen years later, I find myself reflecting back on the sight of that outstretched hand, and how symbolic it is of the way that Mateo often seems to be reaching for something that neither he nor anyone else can quite see, much less understand or articulate.
Most of the time he is very gentle and sweet-natured, so it can be truly mystifying and heart-wrenching to watch him work himself up into an agitated state over some project or personal relationship, or see him march out the door in a hurry to do something or go somewhere.

ANOTHER STORY
Clearly, this is one of those times, so I slip into the driver's seat with a sigh, determined to remember that this moment, too, is a gift. During the ten-minute drive to school, feeling the weight of the silence hanging in the air between us in the car, my mind drifts back to an old Buddhist folktale about a young man named Basho who was hungry for knowledge and eager for enlightenment. Feeling constricted in his search for awareness by the constraints of daily life at home, he decided to leave his familiar surroundings and travel to a far-off land to study with a famous Zen teacher. After travelling for many days, he paused to rest in the shade beside a stream, where he encountered a kindly old man with whom he struck up a conversation. When the elder asked the youth where he was headed, Basho spoke of his search for a teacher to show him the path to enlightenment.
The stranger looked deeply into Basho's eyes and said, "Rather than seeking a mere teacher, you might be better off looking for the Buddha." "But where can I find him?" the young man asked. "When you return home," he was told, "you'll find a person wrapped in an old blanket, with unkempt hair and wearing shoes on the wrong feet. That person is the Buddha."
Basho immediately jumped up and headed back the way he came, travelling night and day with a hopeful heart. It was well past midnight when he finally arrived home, knocked at the familiar door and called out a greeting. Startled awake from a deep sleep, his mother hastily grabbed an old blanket and drew it over her bedclothes, and without stopping to brush her hair or notice that she had put her shoes on backwards, went to the door to greet her son - who took one look at her, and was instantly enlightened.

ANOTHER CHANCE
I wish I could report that I was instantly enlightened by remembering this story, or that I found some warm, wonderful way to thaw the chilly space between my son and me during our ride to school today, but that's not the case. Instead, I'll be satisfied by remembering once again why we chose to name him "Mateo" - which comes from the Hebrew name meaning "gift from God." Because he truly was, and is, precisely that. Just because the gift doesn't always feel good or seem logical, doesn't mean that I'm any less grateful. Or that the lessons he has to teach me are any less important. At least, that's my story, and I'm doing my best to remember it.

With gratitude and blessings,
Rudi

Posted by Celebration Circle at 6:54 AM No comments:

GRATEFUL FOR THIS DAY 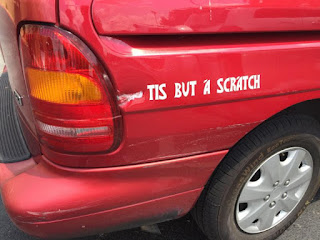 Last week, our son, Mateo, came down with the flu, big time. Headache, nausea, coughing, aching bones, chills, fever - the whole crummy deal. He was miserable.  And since he's usually very healthy, he had not had a full-blown illness like this since he was much younger, so it felt like a brand new experience to him.
LOOKING AT MY SON
At one point, two painful days into the process, he mumbled "this must be what it feels like to die." Being a dad, it was very tempting to try to assure him that this was "just a flu and you'll feel better soon" But I knew full well that such words wouldn't be helpful, so I kept my mouth shut and brought him more liquids, cold packs and blankets as needed, instead.
Three days later, Zet came down with it, too - so then I had two patients. The next day, I got it as well, and then our home truly felt like it had become a ghastly, grey sick ward, full of hacking, snurgling, napping, sickly folks. No energy. No fun. No big deal, really; it was "just a flu", something we adults have been through a number of times, and yet there we were, stuck in the middle of the yuck.
LOOKING AT MYSELF
Fortunately, we all gradually stumbled back to wellness, each in our own way. And then, yesterday, it was as if some dark veil draped over our household was magically lifted, the sun broke through, and suddenly all three of us were clearly on the path back to full health again. Yes!
How sweet it was to wake up this morning and feel some pep in my step for the first time in days. How fresh and fragrant those first few, clear lungful's of breath felt, making me swear that I'll never take an unencumbered breath of air for granted again.
Sitting at my desk in silence, just after sunrise, watching the new day being born, the following words came tumbling into my heart:
Today is an invitation into a new, fresh way of being - and I choose to accept it joyfully.
Today is a brand new chapter in the book of my life - and I choose to write it consciously.
Today is a prayer waiting to be spoken into the silence - and I choose to speak it prayerfully.
Today is a song, longing to be sung - and I choose to sing it with heart wide open.
Today is a feast, ready to be enjoyed, and I arrive at the banquet table with a healthy appetite, choosing wisely, chewing slowly and savoring each bite.
Today is a gift, and I receive it with a grateful heart, eager to share it freely with everyone I encounter - especially my Self.
With joy and hopes that you, too, are enjoying your health,
Rudi

Posted by Celebration Circle at 7:46 AM No comments: